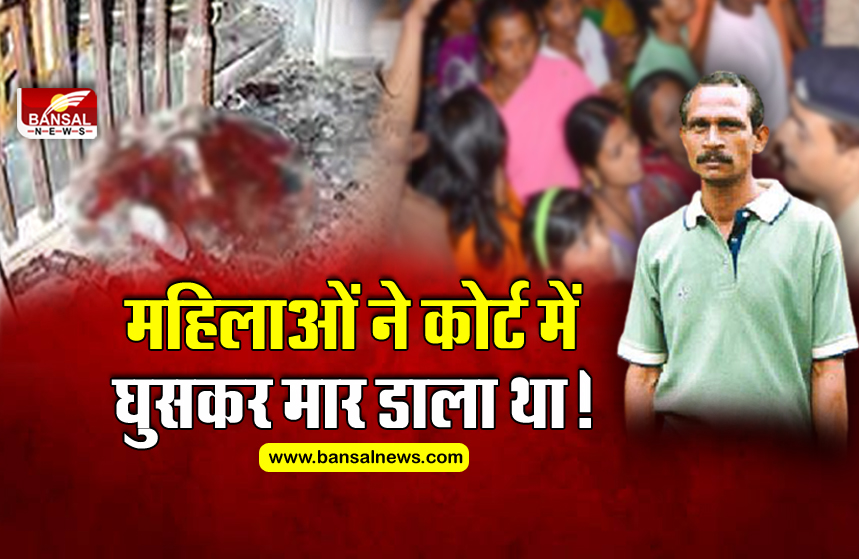 
New Delhi. There have been many such incidents of serial killing in Indian history, knowing about which people still tremble. In this episode, today we are going to tell you the story of a serial killer who had crossed all limits of cruelty. We are talking about serial killer Bharat Kalicharan aka Akku Yadav. Yadav used to make most of the women his victims and brutally kill them by stabbing them with knives. However, his death also did not happen in any normal way. Rather, about 200 women broke the door of the court and gave him a gruesome death. This incident made a lot of headlines then.

Because of that there was panic in Nagpur.

Kalicharan had made more than 40 women his victim. Any woman he targeted, raped her and killed many. Let us inform that due to these frequent incidents with women, there was an atmosphere of panic in Kasturbanagar of Nagpur for about 10 years. About 26 criminal cases were registered against Akku Yadav by the police and he was also arrested several times. But due to police and political patronage, he always got away.

It is believed that Akku Yadav had made more than 40 women his victim, but most of the cases were never registered against him, due to which only 40 women are known in the media. He had a real life role like the villains in the movies. Cases of murder, assault, rape, dacoity and rioting were registered against him. His history sheet was prepared by the police in 1991 itself and he was also arrested 14 times. But every time he was released on bail.

200 women had committed murder together

But on August 13, 2004, when the police arrested him in a case and produced him in the court, a mob of about 200 women entered the court and took his life. Let us inform that the police had reached Nagpur District Sessions Court in the afternoon with Akku Yadav, where he was taken to room number 7 of the court. According to media reports, during this time Akku Yadav misbehaved with a woman. What was then, the crowd present there broke the door of the court room and attacked him. The crowd included about 200 women along with some men.

Court acquitted all the accused

The women had filled Akku Yadav’s eyes and mouth with pebbles and red chillies. The anger of the women was on the seventh heaven, a woman had also cut off her genitals. According to the post-mortem report, his body was stabbed 73 times. The police had then arrested about 100 people in this case. While there was a case of murder on 18. After the murder, many women proudly confessed their crime. However, in the year 2012, Nagpur District and Sessions Court declared all the accused innocent and acquitted them. District and Sessions Judge V.T. Suryavanshi’s court had acquitted the 18 accused due to lack of concrete evidence.

No comments to show.
Go to mobile version