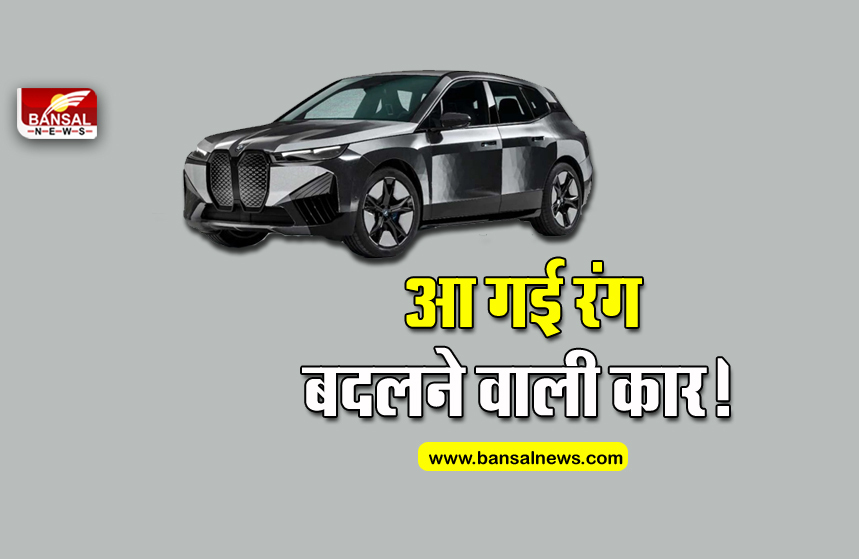 
New Delhi. Cars are counted among luxury things. We always buy it based on our comfort, color and features. Even in a budget friendly car, the customer wants his car to have all the features that make him feel like a luxury. However, this is not possible. We have to spend a lot of money for a luxury car. While buying a car, we have to take special care of the color. Because once after buying a car, if the mind is filled with that color, then either we sell that car or get it painted. In both the cases we bear the loss.

You cannot decide what exterior color to select for your new car; in the future, @BMW will allow you to have multiple exterior colors that can dynamically change. #CES2022 pic.twitter.com/uUyMiSmctK

But, soon BMW is going to bring such a car, in which the car will change its color at the press of a button. The company has introduced this electric car at the biggest Consumer Electronics Show (CES) in Las Vegas this year. BMW has given the option of an innovative paint scheme color change in all its iX electric cars. The company said that a technology has been used in the car, in which with the help of a button you can change the exterior color of the car.

BMW really made a car that can change colors. pic.twitter.com/iaGsHR4a7n

The car is based on this technology

The car is based on electrophoretic technology. Right now it has been introduced in two colors. black and white. The vehicle has the ability to convert from black to white or from white to black or both. However, due to the increasing competition between the automotive and technology sectors, many auto and tech companies continue to showcase such innovative cars.

Such cars can be seen in the coming time

In such a situation, it will be a matter to be seen whether BMW had introduced this car only for display at the Consumer Electronic Show or will it be made available in the market for its customers as well. Whatever be the case, but one thing is clear that in the coming time many companies will definitely think of bringing such a car. So that we do not have to change vehicles again and again due to color.

No comments to show.
Go to mobile version